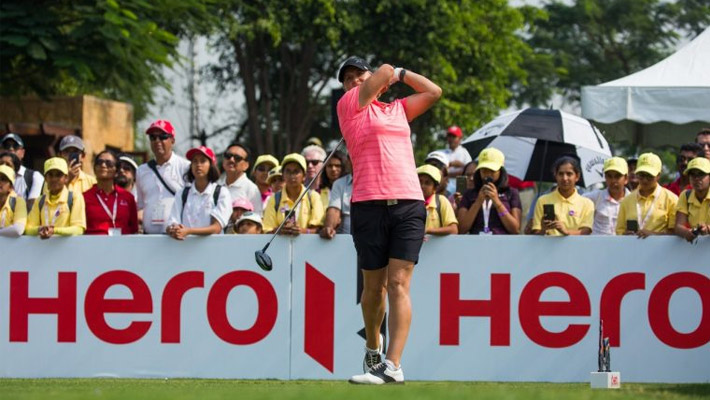 New Delhi, August 22, 2019: The Hero Women’s Indian Open - the biggest professional women’s Golf event in the country - is set to enter its 10th Year on the prestigious Ladies European Tour with the 2019 edition. The Hero Women’s Indian Open 2019 is set to be held at the Gary Player layout of the DLF Golf and Country Club in Gurugram from October 3 – 6, 2019. The US$ 500,000 prize purse tournament that began in 2007, became a part of the Ladies European Tour in 2009 and since then has grown in stature with each passing year. For the second consecutive year, the Hero Women’s Indian Open will be played over 72 holes in four days that will be telecast live globally. The international participants at the Hero Indian Open 2019 include defending champion, Becky Morgan of UK, and Camille Chevalier of France who was the winner in 2017. The players’ entries for the tournament have begun pouring in and indications of a strong field once again are visible with Solheim Cup players, including the current captain, Catriona Matthew, in the fray. With plenty of time before the entry window closes, the field is likely to keep growing stronger.

Mr. Bharatendu Kabi, Head – Corporate Communication, Hero MotoCorp, said, “Women’s Golf in India has been witnessing a surge in the number of quality players and tournaments in recent years. Women golfers from India are already making their presence felt on international Tours, and the future looks quite promising. Having supported the sport around the world for over two decades, we at Hero MotoCorp take a lot of pride in seeing this growth of golf.” “Tournaments such as the Hero Women’s Indian Open have proved to be a major enabler of this growth and we hope that the tournament will inspire more budding golfers to take up the sport as a preferred career. We thank the Ladies European Tour for their support to this tournament as well as women’s Golf in India over this past decade”, he added.

Mrs. Kavita Singh, President, Women’s Golf Association of India, said, “The Women’s Golf Association of India, with the support of our title sponsor, Hero MotoCorp Ltd, is proud to stage the 13th edition of the Hero Women’s Indian Open. It gives us great encouragement to see the event and the Hero Women’s Professional Golf Tour grow year on year, and to see the Indian players do well. With an increase in prize money last year and its Live Telecast worldwide, the Hero Women’s Indian Open has truly become a marquee event on the Ladies European Tour. On behalf of WGAI, I would like to express my sincere thanks to Hero MotoCorp, the Ladies European Tour and the many other sponsors and well-wishers for their continuous support.

” Mr. Mark Lichtenhein, Chief Executive Officer of the Ladies European Tour, said: “The Ladies European Tour is extremely proud to continue our long-term involvement in the Hero Women’s Indian Open and on behalf of the LET, I would like to express my sincere thanks to Hero MotoCorp and the WGAI for their continuous support over the last 10 years and into the future. Our members are delighted to be able to contribute to the championship’s increasing profile and status, which provides the perfect platform to present this exciting sport both locally and worldwide.”

The Hero Women’s Indian Open has always seen a strong show from Indian women golfers. This has inspired the emergence of numerous amateurs, who are now playing alongside professionals on the domestic tour - the Hero Women’s Pro Golf Tour. For example, Diksha Dagar reently became only the second Indian after Aditi Ashok to win on the Ladies European Tour with her victory at the 2019 South African Women’s Open in March. There are also others such as Vani Kapoor, who has been in the Top-10 in the recent past; Gaurika Bishnoi, who put up a great show in 2018; Tvesa Malik and Ridhima Dilawari. Gaurika also leads the domestic Hero Order of Merit.

Other leading international participants include Beth Allen and Becky Brewerton, both former LET Order of Merit winners. Other LET winners such as Meghan MacLaren, Marianne Skarpnord, Kanyalak Preedasuttijit, Astrid Vayson de Pradenne, Florentyna Parker and Linda Wessberg will also be in the fray.

The field will also include Indian stars from the domestic tour and the leading amateurs.